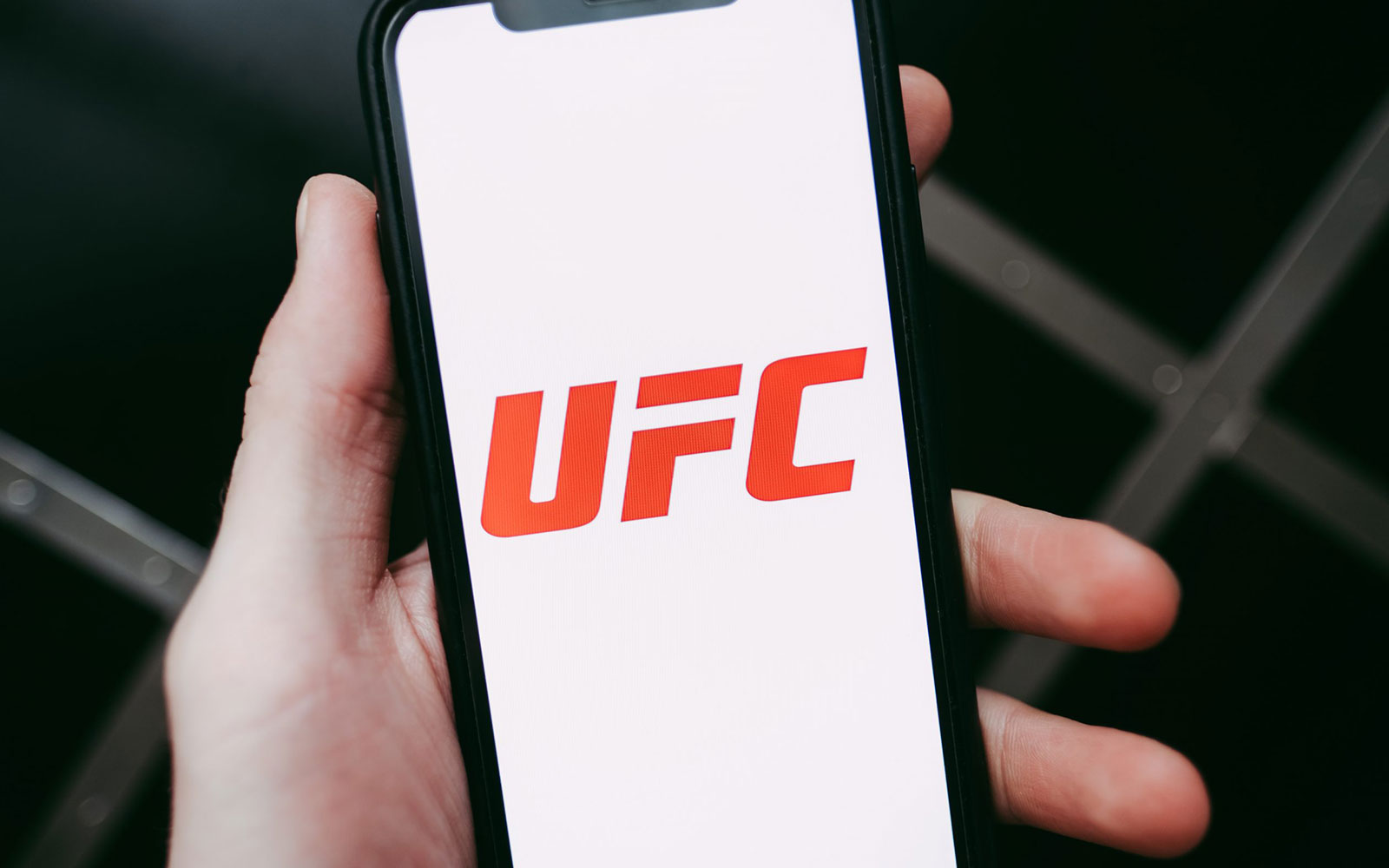 Salita Promotions proudly announces that Brains Bioceutical Corp, a global leader in manufacturing a THC-free and non-GMO cannabidiol (CBD) line of products, has been brought on as a presenting sponsor for the historic “DETROIT BRAWL AT THE LEGENDARY KRONK” event at Detroit’s Kronk Gym on Thursday, August 20, 2020, and livestreamed exclusively on UFC FIGHT PASS® (7pm ET/4pm PT).

Brains One of only nine companies in the world to possess the highly sought after API (Active Pharmaceutical Ingredient) designation under Eudra GMPD, and one of just few in the world certified to produce from a natural, plant-based source, Brains Bioceutical Corp specializes in the production of naturally sourced APIs for the pharmaceutical and nutraceutical industries.

Currently available in the UK and USA, Brains Bioceutical Corp is one of the only CBD wellness companies in the world supplying products to international clinical trials, including a phase 3, double-blind trial using CPB API for treatment of refractory epilepsy. Brains has also launched theThe ALTIS / Brains Bioceutical Living Lab facility, which is a state-of-the-art, interdisciplinary athletics-training facility that explores, experiments, and evaluates the power of CBD API in elite athletes.

“The athletic division of our company has always been particularly important to us because we feel we’ve created one of the world’s purest CBD products that has been tested by a the World Anti-Doping Agency (WADA) approved laboratory and some of the highest regulators in the world,” said Rick Brar CEO & Chairman, Brains Bioceutical Corp. “We are happy to be pairing with Salita Promotions on an exciting and yet socially responsible boxing event at the historic Kronk Gym. The therapeutic effects of CBD continue to be explored, but we’re seeing promising results from studies around concussion recovery, and we think that’s especially important in contact sports like boxing and martial arts.”

BrarRasode says that Brains Bioceutical Corp has reached a level of purity with their products where the world’s top athletes can reap the benefits of all-natural CBD without concern for violating WADA restrictions. “We’ve checked all the boxes hit the pinnacle of the regulations industry when it comes to the purity of our product. Our sports department has always been of the utmost importance because the athletes have the most to lose when it comes to doping regulations. We stand by our products being THC-free according to WADA, as well as free of other banned substances, heavy metals and pesticides. We have brought together some of the brightest minds in the pharma and sports industries to achieve this level of purity for both our medicinal and wellness products.” ”
“Brains Bioceutical Corp is on the cutting edge of CBD product manufacturing and research and I’m happy to bring them on as a sponsor of this historic event,” said Salita Promotions President, Dmitriy Salita. “The many benefits of CBD for fighters, other recovering athletes and many other treatments, are just beginning to be discovered.”

Opening up the action will be a middleweight four-rounder featuring Detroit’s Marlon Harrington (1-0, 1 KO) looking to spoil the pro debut of San Antonio’s Ricardo Medina.

Brains Bioceutical Corp. Is Pleased to Announce the Completion of Its US$30m Capital Raise 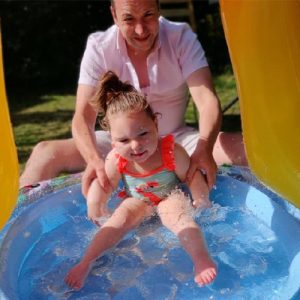 A father’s journey to saving his daughter’s life

When Jorja Emerson was just one year old, doctors discovered that she had a rare condition that caused intense seizures. They estimated that she wouldn’t survive intensive care. In a mission to save his daughter, Robin Emerson spoke to individuals, advocates, and political leaders around the world—and they led him to cannabis.

Given the UK’s stance on cannabis, Mr. Emerson had to become an advocate himself, fighting for his daughter’s right for a medical cannabis prescription. In 2018, his efforts were rewarded, and Jorja became the first child in the UK to be prescribed cannabis. Since then, she has been thriving: she’s playing with the family dogs, going to school, living the life of a child. And it’s all thanks to cannabis.

In light of this experience, Mr. Emerson is in the process of launching Jorja’s Botanicals, a brand of CBD products that will be his daughter’s legacy. As Mr. Emerson joins our team as Head of Corporate and Social Responsibility, and Jorja’s Botanicals becomes part of the Brains Bioceutical family, we’re further accelerating our mission to provide accessible, safe CBD products to those who need them.

Dr. Mike Bowen brings over 20 years of experience in the UK medical industry. His various roles notably include his time as senior medical officer with the Royal Navy as well as years of experience as a gynecologist at Oxford University Hospitals NHS Trust. He is currently a medical advisor at Precision Xstract, a leading pharmaceutical consultancy firm for drug strategy and development.

With over 40 years of experience in sports medicine, Dr. Jack Taunton is a valuable addition to the Brains advisory team. Beyond teaching sports medicine at the University of British Columbia for decades, he is also a former executive director of the World Anti-Doping Agency and the co-founder of the Allan McGavin Sports Medicine Centre.

As a licensed naturopathic physician, Dr. Sharon Gurm received her doctorate from the Canadian College of Naturopathic Medicine. Over the course of her career, she founded her own clinic and is currently a director at the Oncology Association of Naturopathic Physicians as well as a member of the American Society for Clinical Oncology and the Society of Integrative Oncology.

Dr. David Putrino is a physiotherapist with a PhD in neuroscience. With an educational background from Harvard and MIT, he has used his extensive skill set in roles such as the director of rehabilitation innovation at the Icahn School of Medicine at Mount Sinai, and the chief scientific officer of Not Impossible Labs.

Dr. Gerry Ramogida has years of experience in the sports industry. He is currently the performance therapist for the Golden State Warriors, and played the same role for the Seattle Seahawks for over 15 years. His experience also includes his role as senior sports medicine advisor at ALTIS, a professional athletics training and education facility.

Norma brings a wealth of experience to the Brains team. She spent 28 years in leadership positions at Merck and eight years as a trustee at Providence Healthcare. Other key roles include her board memberships at PHEMI Systems and at GlycoNet, where she led their glycomics research network.

Dean Billington brings a wealth of experience working in the global pharmaceutical industry, with a specific focus on CBD. He is a consultant with a proven track record in providing comprehensive support services to all areas of the pharmaceutical, biotech and healthcare industries, all of which need to meet the exacting standards, regulations, and expectations.

Dean has held senior leadership positions at a number of companies including Calgiro Rx and Fisher Clinical Services. He was also an applied chemistry executive at GW Pharma, the UK’s leader in the development of plant-derived cannabinoid therapeutics. He holds a BSc in Chemical Engineering and Applied Chemistry from Huddersfield University.

Gurdeep Brains comes to Brains with a wealth of financial experience across industries. In his time at Brains, Gurdeep has already led the purchase of the company’s EU-GMP-certified CBD API production facility, one of just two in the world at the time. He has also led the charge on raising $10 million of financing.

Gurdeep began his foray into the cannabis sector as the CFO of Zenabis Global Inc., a leading Canadian licensed producer. During his time there, he raised over $140 million while the company was private, and led the company through a reverse takeover to have Zenabis start trading at a $1 billion market cap. Gurdeep was also CFO at OK Tire Stores Inc., Canada’s largest independent tire and auto service retailer, where he raised $34 million with 100% return in three years. Prior to his time at OK Tire, Gurdeep spent 10 years at Canaccord Genuity, where he oversaw M&A transactions totaling over USD$850 million.

Rick Brar is a serial entrepreneur with unparalleled foresight into the cannabis space stemming from his years of experience within and beyond the industry. Throughout his career, he has used his business savvy to build companies from the ground up, actively contribute to the development of the Canadian cannabis industry, and uncover strategic opportunities. These experiences have given him the ability to accurately assess the cannabis market, anticipate and predict market shifts, and respond accordingly.

Rick launched his career as a sole owner of a seed-to-farm herb and nutraceutical supplier for grocers and pharmaceuticals that consistently led rankings like AC Nielsen. Over the years, he grew this operation to span 6,600 acres across eight countries in order to augment supply demand from Europe. He then entered the packaged consumer goods space, building relationships with major grocers like Loblaws, Shoppers Drugmart, Walmart, and Sobeys.

In the early 2010s, Rick saw the opportunity to transition his experience with nutraceuticals and plants to become a pioneer in the Canadian cannabis industry. In 2011, he co-founded Zenabis Global Inc., a leading Canadian licensed producer, and during his tenure helped grow the company to a market cap of close to CAD$900 million. Rick has also been an active contributor to existing regulations, having been a part of the ACPMR Stakeholder Roundtable for Bill C45.

Over the course of his career, Rick has found opportunities to actively participate in a number of committees including the US Product Marketing Association, the US Marine Hotel Association, the Canadian Produce Marketing Association, and the Loblaw’s President’s Choice Innovation Committee, which helped position President’s Choice as one of the leading brands in the world. He’s also taken his advisory skills overseas, supporting the Colombian ministry of agriculture as they built their herb and fresh flower export market.

Now, leading the helm at Brains Bioceutical, Rick is following his knowledge of the cannabis space into Europe. He has used his extensive insight and expertise to enable the company to become a leading producer of EU-GMP-certified CBD active pharmaceutical ingredient (API), establish the company’s product as Brazil’s first registered medical cannabis product, and develop a partnership with the UK’s largest vitamin distribution company.